If I had to summarise quarantine till now, it would be me trying out a bunch of new things only to find out I’m not good at anything. Yesterday, in a feeble attempt to educate myself in some things financial/economic, I set out to find a podcast about money. This might be my last few days of freedom before I get to work (or so I thought at the time) and maybe it’s a way to juice the last bit of quarantine productivity. No, I have no particular interest and neither do I have any skill whatsoever in ANYTHING economic related. My friends will tell you how I’ve been willing to pay, for book bind, three times its amount because it seemed right in my brain. And those dynamic stock charts which come in the news, don’t get me started on them. The breaking point for me though, after which I decided change was needed..I didn’t understand a meme on the stock markets. All time low for me.

In school we had to study trigonometry and matrices , I  questioned when we would ever need information like that. The answer I always got was that math is in everything, all around us and that I would understand one day.

Isn’t it the same with economics though ? It’s all around you and everyone we see has a part in it. It affects our daily lives in both obvious and subtle ways and I wonder why it was never made mandatory in school. It’s something we all ought to know a thing or two about.

As you can tell, i’m incapable of holding a conversation about economics and the fact that I thought mortgage was spelt mor-gage until I was 19 should tell you I’m not qualified to write an article about it. Anyway, a few minutes into the podcast and speaking about something called rapid demonetisation, he speaks about how knowledge is power. He said gaining knowledge or honing a skill is the best use of your time, and its return will many-fold outpace any financial investments you can make.

He started to speak about The 5-hour rule which is a blueprint for success followed by some of the world’s most successful people including Ben Franklin, Bill Gates, Warren Buffet, and Oprah. The 5-hour rule means you are always doing something that will help you learn a new skill. The busiest, most successful people in the world find at least an hour to learn every day.

The new power is wisdom; the application of knowledge. The ability to act on what you learn about anything, not just educational and use it to provide value to your life and others.

The thing I take from this though, is you can lose your money, all of it, and everything it buys you in an instant and through no fault of your own. But what you have learned is something that no one and nothing can ever take from you. Wisdom is forever. Yeah, yeah diamonds too!

Phew, that’s a lot to do, maybe start tomorrow? Back to binge watching documentaries on Netflix for now.  And hopefully next time someone says words like mortgage and elasticity, I don’t look like an absolute idiot. Which I’m convinced I’m not,

Thought I should end this with a fitting meme about stocks! 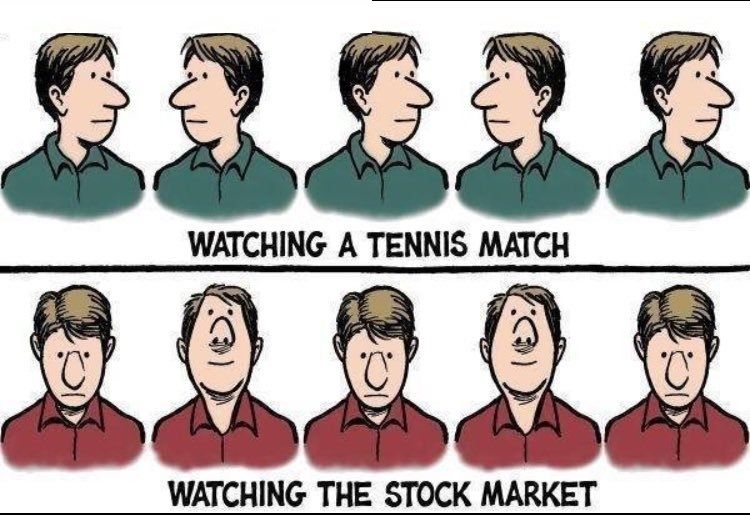